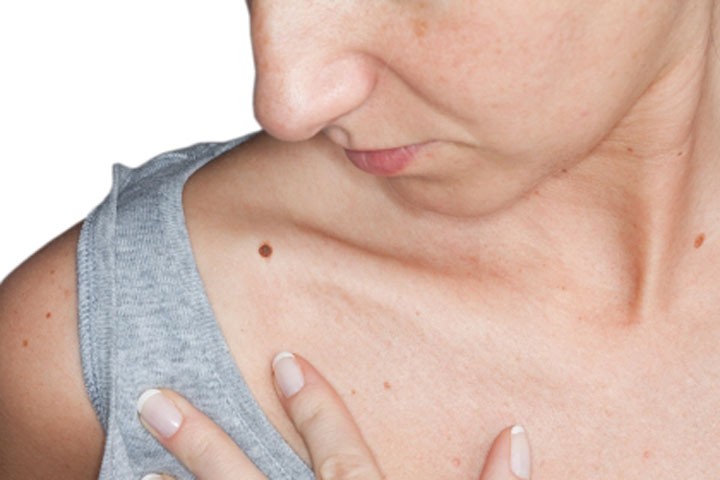 Moles are an abnormal collection of pigmented cells, the cells which give colour to the skin i.e. melanin. Moles may present since birth or may appear at any age. The colour, shape, and size may differ.

They can vary in size, small to large, flat to raised and light brown to dark pigmented or black in colour. Some may have hairs on it

While usually moles are harmless and do not require any treatment, sometimes a mole may need to be removed if it poses a risk for skin cancer or for aesthetic reasons and other skin issues.

In this post, we look at a few options for skin moles or warts treatment in Delhi, once your dermatologist has identified a dangerous mole or you have identified a mole you would like to remove.

Why do they occur?

Appearing warts on the skin is a genetic tendency. Some of these may turn black in sunlight. Some moles respond to changes in hormone levels, as may occur during pregnancy, adolescence, and older age.

During the teen years, they usually grow in number and they also get darker during pregnancy and gradually fade away as people age.

Can they turn into cancer?

The vast majority of moles are harmless. In rare cases, they can develop into an aggressive skin cancer called malignant melanoma if you are afraid of having it consult to the skin specialist in Delhi.

But in Indian skin, skin cancers are very rare. But yes, if some changes happen in colour, rapid progress in size, pain or any unusual changes, then a biopsy can be taken to rule out cancer and treatment should be started soon.

Since these appear due to genetic reasons, so medicines will not prevent to appear new lesions. Sun protection can give some benefit.

In Indian skin, the moles are removed for cosmetic purpose only because it does not look good. Moles can increase in size with age, so early removal will give small/ less scarring.

What are the options to remove a mole or wart in Delhi?

A mole can be removed by these techniques in Delhi.

The raised mole can be shaved, but the root will remain in the skin so mole can develop again on the same site. So this technique is not preferred for a serious condition.

Deep shave will give deep scar so indicated only on covered areas, not on the face and can be done on other body parts.

Removal by CO2 laser in Delhi:

This is a good technique but also have some side effects sometimes because of heat some cells may disperse in nearby skin and can cause the larger mole to avoid these side effects it is necessary to go to the professional for the best result.

Smaller, non-cancerous moles that don’t protrude above the surface of the skin may also be removed with laser treatment and yes it is a quick process and can be done in a few minutes.

This skin moles treatment uses intense bursts of light radiation to break down the mole cells in the skin and vanish the skin imperfection.

This method usually takes two or three sessions to eradicate the mole. While excision and cutting are the more common and recommended methods of removing moles.

Laser removal can be used for harder to reach areas, such as on the face or ears, and can be helpful for eliminating multiple moles at the same time.

Punch excision followed by stitching is considered as the best method to remove moles and warts. This will give a small linear scar which fades with time. No recurrence, because of complete excision of mole tissue.

Is surgical removal of a mole is painful?

The surgical removal is done under local anaesthesia, and a dermatologist may apply numbing cream before giving pricks, to make It almost painless.

How much time takes in surgery?

Its hardly take some minutes, mole removes by a punch and a fine suture is placed on the cut area. The suture is removed after 7 days.

After a mole-removal treatment in Delhi, you can still go out and be exposed to the sun. However, you are advised to wear proper sun protection include hats, protective clothing.

Sunscreen with SPF 30 or higher to prevent moles from forming in the future and removed moles from returning.

Monthly skin checks are also recommended for the identification of any irregular moles or changes in existing moles and warts.

To remove these moles and warts you should go for the best and that is Adorable clinic we have the best options which provide a good result and best team to serve you. To make an appointment call us on  097111 50928.